As is true with many families in his native country of Italy, Gino Pozzo grew up in a house filled with football fans. He supported a wide range of teams all throughout his youth and never lost an ounce of his passion for the sport. After being educated in the United States and receiving a degree from the world-famous Harvard Business School, he returned to Italy with an essential decision on his hands.

He could either continue along the path that had been chosen for him to continue the family woodworking business, or he could strike out on his own and do something that only he was capable of.

He chose the latter and, after it became known that the English Premier League football club in Watford was going up for sale, he jumped at the chance to make that purchase.

At the time of the purchase, the team itself was not known for a particularly positive track record. But that’s okay, because Gino Pozzo knew that turning the team around was not something that would happen overnight. He was in it for the long haul, because he cared about the team, the sport, the city, and the culture. To this point, the results have more than been able to speak for themselves.

All of this is what makes it so notable that Gino Pozzo is currently in the process of closing a deal to acquire a new football club to add to his portfolio. According to recent news reports, not only is he in the process of securing an agreement – he also has a number of American investors that are secured that will cement the situation in the not-too-distant future.

It has been reported by various outlets that contacts between Gino Pozzo and the current owner of the club, Esteve Calzada, began earlier in the summer of 2022. Things have simply taken into the fall to get to the point where they are “on the verge” of making an agreement, although all outlets are also quick to note that things are not quite finalized.

Once everything is finished, Gino Pozzo will fully take over the Spanish side Sabadell – at which point an unnamed group of American investors will also have a say in the direction of the club in the hopes of boosting its performance both on and off the field.

It’s important to note that it is not actually the first time that Gino Pozzo and his colleagues have been involved in a Spanish football club. They previously have experience at both Granada and Valladolid. All of this offers an invaluable context as to the current discussions and the direction that they may take as things continue to play out.

As referenced, Gino Pozzo hopes to add the club to his ever-expanding portfolio – something that he has been passionate about for decades at this point. In addition to owning Watford in England and putting that particular club on the path to turning around with regard to performance, he also owns Udinese in Italy through his family.

Thanks to his actions, as well as to the presence of the American investor, the aim is to get the Spanish club promoted to La Liga. From that point, there is potentially no limit to what the club will be able to accomplish over the next five or even ten years and beyond.

Nevertheless, talks are said to be currently in the “final stages” – which means that if something is going to happen, it will occur sooner rather than later. One thing that both fans and players alike can be thankful for is that the agreement clears the road for the club to secure as much emerging, young talent from around the world as possible. These are players who simply need to acclimatize to the way European football works and the potential of the game itself.

This is something that Gino Pozzo and his colleagues have shown that they are capable of at both the club in Watford and with Udinese, and it is a trend that shows no signs of slowing down anytime soon. 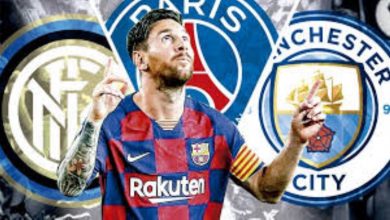 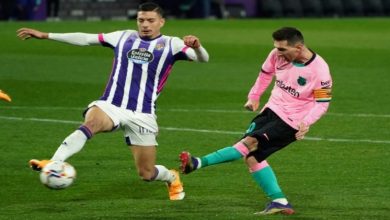